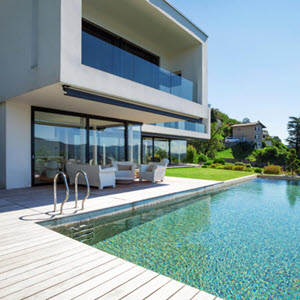 magine you are traveling to visit a friend in a city to which you've never been before. You've taken a train to this city and are walking to your friend's apartment from the station. The train was late, so it is dark as you begin to make your way in the unfamiliar neighborhood. Your directions seem a little vague, and after 20 minutes of walking you are beginning to think they are incorrect. It is late and there are not many people on the street. You are certain that the directions are wrong, and now you just need to find a phone to call your friend. You decide to take a shortcut through an alley and head back to the train station. The alley is dark, but short, and it will get you back to the train station faster , so you start down the alley. You are alert, a bit on edge, as you are really out of your element. You look over your shoulder and notice that someone has followed you down the alley. Your heart is pounding. You turn and look ahead, and you see that someone has entered the alley in front of you as well. You suddenly feel trapped and you freeze. You are in a real predicament, as your way is blocked in both directions. Your breathing is rapid and you feel confused, light-headed. Your mind is racing, but you are not sure what to do as the two people are closing in on you from both directions. Your palms are sweating and you feel the tension in your neck and throat, as if you might scream any second. The two people are getting closer and closer to you. You feel nervousness in your stomach as you look first in front, the behind. You want to run but cannot decide which way to go. You are paralyzed with fear, you stand there, trembling, not knowing whether you can run away or

The emotion of fear is characterized by a distinct facial expression. Fear also has a distinctly unpleasant subjective feeling. There are also the associated changes in physiology, such as heart rate increases and increased blood flow to the large muscles of the legs and arms. These changes prepare the frightened person for the intense action tendency associated with fear, e.g., to flee or to fight.

whether you will have to fight for your life. Suddenl , one of the persons calls out your name. You realize it is your friend, who has come with his roommate to look for you between the train station and the apartment. You breathe a sigh of relief, and quickly your state of fear subsides, your body calms, your mind clears, and you greet your friend with an enthusiastic, "Am I glad to see you!"

In this example, you experienced the emotion of fear . You also experienced the emotion of relief, and perhaps even elation, at being rescued by your friend. Emotions can be defined by their three components. First, emotions have distinct subjective feel ings, or af fects, associated with them. Second, emotions are accompanied by bodily changes, mostly in the nervous system, and these produce associated changes in breathing, heart rate, muscle tension, blood chemistry , and facial and bodily expressions. And, third, emotions are accompanied by distinct action tendencies, or increases in the probabilities of certain behaviors. With the emotional feeling of fear , there are subjective feelings of anxiety , confusion, and panic. There are also associated changes in bodily function, such as heart rate increases, decreased blood flow t the digestive system (making for stomach queasiness), and increased blood flow t the large muscles of the legs and arms. These changes prepare you for the intense activity sometimes associated with fear . The activity, or action tendency , associated with fear is to flee or to figh

Why are personality psychologists interested in emotions? People dif fer from each other in their emotional reactions, even to the same events, so emotions are useful in distinguishing among persons. For example, imagine losing your wallet, which contains a lar ge sum of money , your credit card, and all your identification, includ ing your driver's license. What emotions do you think you would feel—anger, embarrassment, hopelessness, frustration, panic, fear , shame, guilt? Dif ferent people would have different emotional reactions to this life event, and understanding how and why people differ in their emotional reactions is part of understanding personality .

Other theories of emotion emphasize the functions that emotions play , such as generating short-term adaptive actions that help us survive. For example, the emotion of disgust has the adaptive value of prompting us to quickly spit out something that is not good for us. Interestingly , the expression of disgust, even when the feeling is evoked by a thought or something that is only psychologically distasteful, is to wrinkle the nose, open the mouth, and protrude one' s tongue as if spitting something out.

In his 1872 book The Expression of the Emotions in Man and Animals, Charles Darwin proposed a functional analysis of emotions and emotional expressions. His analysis focuses on the "why" of emotions and expressions, in particular in terms of whether they increase the fitness of individuals (see Chapter 8 of this textbook). I his book he describes his observations of animals, his own children, and other people, linking particular expressions with specific emotions. He recognized that evolu tion by natural selection applied not only to anatomic structures but also to the "mind," including the emotions and their expressions. How do emotions increase evolutionary fitness? Darwin concluded that emotional expressions communicate informatio from one animal to another about what is likely to happen. The dog baring its teeth and bristling the hair on its back is communicating to others that he is likely to attack. If others recognize this communication, they may choose to back away, thereby avoiding the attack. While many modern emotion theorists accept this functional emphasis, most personality psychologists approach emotion with an interest in how and why people differ from each other in terms of emotions. Natural Remedies for Anxiety, Your Life, Your Mind, Sweating