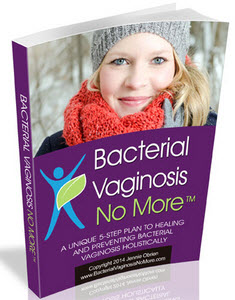 Probiotics are widely used to decrease the frequency of recurrent bacterial vaginosis and candidal vulvovaginitis, and have undergone clinical testing that supports this use. They are administered both orally and intravaginally. Additionally, lactobacilli play a significant role in the prevention of UTIs. One study using intravaginal administration of probiotics such as Lactobacillus GR-1 and B-54 or RC-14 strains twice weekly for 2 weeks and then monthly for 2 months demonstrated that treatment resulted in 45% less UTIs than placebo and improved the maintenance of normal flora (Reid & Burton 2002). A significant reduction in UTI rate was also reported in a randomised double-blind study involving 55 premenopausal women (Reid 2001 b). The study investigated the effectiveness of treatment for 1 year with a weekly suppository containing either 0.5 g L rhamnosus GR-1 and L. fermentum B-54 or a Lactobacillus growth factor. Treatment resulted in the UTI rate decreasing by 73% and 79%, respectively, with no adverse effects reported.

The mechanisms by which Lactobacillus spp. reduce bacterial vaginosis and UTIs appear to involve anti-adhesion factors, byproducts such as hydrogen peroxide and bacteriocins lethal to pathogens, and perhaps immune modulation or signalling effects. Bifidobacteria in particular are considered well suited to this activity and have, therefore, been investigated for their effects in the treatment of female genitourinary infections (Korshunov et al 1999).

In a study of 10 women whose vaginal bacterial flora was abnormal and who had suffered repeated bacterial vaginosis, yeast infections and/or UTIs, a regimen was prescribed of ingesting 109 viable Lactobacillus GR-1 and RC-14 bacteria each day. In a majority of patients with symptoms of suprapubic and micturition pain, frequency, dysuria and urgency, or vaginal irritation, the symptoms disappeared within 1-2 weeks and all the patients remained healthy for several months following treatment (Reid 2001a).

and may have contributed to reduced episodes of bacterial vaginosis (Dorren 2002). Another crossover study of 33 women with recurrent vaginitis found that daily ingestion of 240 mg yoghurt containing L. acidophilus for 1 year decreased both candidal colonisation and infection (Hilton et al 1992).

This fact sheet is designed to provide you with information on Bacterial Vaginosis. Bacterial vaginosis is an abnormal vaginal condition that is characterized by vaginal discharge and results from an overgrowth of atypical bacteria in the vagina.