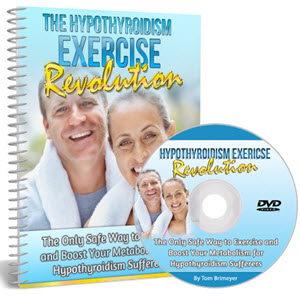 High consumption of goitrogens can induce a secondary deficiency state. Goitrogens are substances that inhibit iodine metabolism and include thiocyanates found in the cabbage family (e.g. cabbage, kale, cauliflower, broccoli, turnips and Brussels sprouts) and in linseed, cassava, millet, soybean and competing entities, such as other members of the halogen family (e.g. bromine, fluorine and lithium, as well as arsenic) (Gropper et al 2005). Most researchers agree, however, that moderate intake of goitrogens in the diet is not an issue, except when accompanied by low iodine consumption (Gropper 2005, Kohlmeier 2003). A very rare cause of secondary iodine deficiency and hypothyroidism isTSH deficiency.

Low selenium intake Low dietary intake of selenium is a factor that exacerbates the effects of iodine deficiency. Selenium is found in the thyroid gland in high concentrations, and while iodine is required for thyroid hormone synthesis, selenium-dependent enzymes are required for the peripheral conversion of thyroxine (T4) to its biologically active form triiodothyronine (T3) (Higdon 2003), as well as the general recycling of iodine. Selenium deficiency results in decreased T4 catabolism, which leads to increased production of peroxide and thyroid cell destruction, fibrosis and functional failure. How To Prevent Hypothyroidism Naturally