PCP (phencyclidine) was invented in a pharmaceutical laboratory in the late 1950s and was introduced into clinical medicine in the United States in 1963 under the trade name Sernyl. It was marketed as a surgical anesthetic but did not make people unconscious in the same way as ether. Rather, it "dissociated" consciousness from the body so that patients were not bothered by surgical procedures even though they retained some kind of awareness. Enthusiasm about the medical value of PCP diminished when reports began to come in of unpleasant side effects in many patients. These reactions included strange mental states, such as feelings of being out of the body, and visual disturbances that some patients found frightening. In 1965 the drug was withdrawn from use for humans, but two years later it was reintroduced as a veterinary anesthetic under the name Sernylan. Animals could not tell their veterinarians that they disliked the side effects.

Shortly thereafter PCP appeared on the black market. It is a cheap and easy drug to make, produces a strong intoxication, and can be sold to unsuspecting buyers as other, more desirable drugs. For instance, pills of PCP have often been sold as synthetic THC, the chief component of marijuana. (In fact, synthetic THC is very rare and expensive and is almost never available on the black market.) Supermarket mushrooms, treated with PCP alone or with PCP and LSI), were sold as magic mushrooms throughout the late 1960s and early 1970s. PCP-LSD combinations have also been sold as mescaline and psilocybin.

PCP comes as both pills and a powder. The powdered form, called angel dust, can be sprinkled in joints made of marijuana or inactive herbs such as parsley, mint, and oregano; or it can be dissolved in an organic solvent and sprayed on these materials. When the solvent evaporates, it leaves an even residue of the drug. Such joints are called dusters. Some people snort angel dust, and very few inject it. By any route PCP produces distinctive effects. It causes decreased sensitivity to pain and a peculiar rubbery feeling in the legs with impaired coordination. It may also cause dizziness and nausea, flushing, sweating, and abnormal movements of the eyes.

The mental effects are very variable but often include a feeling of disconnection from the body and from external reality, apathy, disorganization of thinking, a drunklike state, and distortions of time and space perception. Overdoses can cause convulsions and coma. When it is smoked, PCP's effects come on within a few

I've had very positive experiences with PCP, which is unusual, since everyone says it's a terrible drug ... For years I have suffered lower back pains. Whenever I smoked PCP I felt no pain, and could even jog comfortably. Even after the drug wore off, I experienced no pain from physical activities ... My thinking was often imaginative and lucid. I laughed a lot... I was taking it all the time, and people around me told me I was acting too crazily. So I stopped. Sometime, I'd like to experiment with it again to explore those physical and mental powers it seems to release in me.

thirty-six-year-old man, screenwriter minutes, peak within five to thirty minutes, and last for four to six hours. Oral doses may last longer, and some people say they do not feel normal for up to twenty-four hours after a single oral dose.

Throughout the 1960s and early 1970s most people who took PCP took it unwittingly, thinking they were taking something else — mescaline, psilocybin, or some sort of supermarijuana. It came in all kinds of disguises. Few people took it for its own merits, and it had an unsavory reputation, often being disparaged as an "animal tranquilizer."

In more recent years, however, PCP has become even more prevalent, and some people seek it out as their drug of choice. The PCP lovers who have received most publicity are teen-agers from urban ghettos whose lives are filled with anger, frustration, and violence. Maybe they like the feeling of being cut off from the grim reality of their environment or from their own emotions. Because of heavy use of PCP by such persons, the drug has now gained a reputation for causing crime, violence, and insanity among young people. No doubt some PCP-related murders have occurred, but newspapers, predictably, have blown the drug's association with violence out of all proportion, leading to legislative hearings and stiffer laws on PCP, as well as great hysteria about a new drug menace.

There does not seem to be anything about the pharmacology of PCP that automatically makes users become violent or commit crimes. Clearly, high doses can make people agitated and confused, but tendencies to criminal violence arc inherent in certain people, not in certain drugs. PCP users who are not angry and violent to begin with do not become raving lunatics after smoking angel dust. The recent rash of scare stories about PCP seems to reilect society's need to have "devil drugs" more than it does the nature of PCP.

The main arguments against PCP are that its effects seem neither very interesting nor very productive for most people. Some users take it in ways they find valuable — for example, as a social or party drug much like alcohol and downers — but many young persons take it just to get "messed up" or feel disconnected from reality. Also, the adulteration of other drugs with PCP is a deplorable practice, especially when these are sold or given to unsuspecting people.

Adverse reactions to PCP can include inability to talk or communicate, a blank stare and robotlike attitude, rigid muscles, confusion, agitation, and paranoid thinking. Heavy users sometimes develop problems with speech and memory that may last for some time after they stop taking the drug. 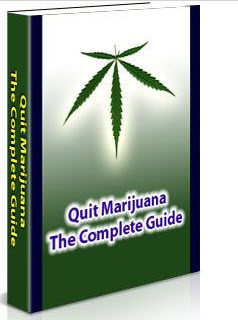