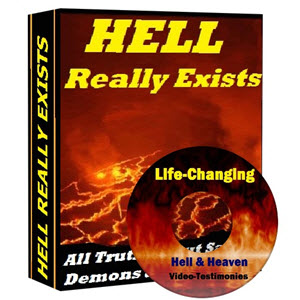 The nightshade family of plants includes some very popular foods: tomatoes, sweet and hot peppers, eggplants, and potatoes. It also includes tobacco and some poisonous plants that are infamous because of their associations with crime, witchcraft, and black magic. Even their names are sinister: henbane, mandrake, and deadly nightshade, for example. Nightshades look scary, too. They are rank, hairy plants with strange smells and peculiar flowers; some have dangerous fruit.

In North America the main poisonous nightshades are two species of datura: Datura stramonium, or jimsonweed, in the East and Datura meteloides, or sacred datura, in the West. Sacred datura is so called because of its long involvement with Native American magic and religion.

All parts of these plants contain scopolamine, a drug that causes delirium and can be seriously poisonous in high doses. The lowest concentration of scopolamine is in the roots, making them the safest parts of the plant to consume. Highest concentrations are in the seeds, making them the most dangerous. Roots, seeds, leaves, and flowers can all be eaten, smoked, brewed into teas, or even ground up in fat and rubbed on the skin. All of these methods put scopolamine into the bloodstream and cause intoxication.

The physical effects of scopolamine are very dramatic and often very uncomfortable. They include parched mouth and burning thirst; hot, dry skin and a feverish feeling; widely dilated eyes (making bright light painful); inability to focus the eyes at close distances; rapid heart rate; constipation; difficulty in urinating; and, in men, interference with ejaculation. These effects may last for twelve to forty-eight hours after a single dose of datura.

The mental effects are equally dramatic: restlessness, disorientation, and other symptoms of delirium, including vivid hallucinations that may seem so real that people lose all contact with ordinary reality. Because scopolamine usually leaves you with some amnesia, it is often hard to remember these hallucinations clearly when the drug wears off. Going into other worlds is fascinating, but the worlds datura takes people to can be frightening, populated by monsters and devils and filled with violent, frenzied energy.

The ability of plants containing scopolamine to disconnect people from ordinary reality accounts for their popularity in certain circles. Criminals have used them for centuries in all parts of the world, slipping them to unsuspecting victims to make it easier to rob, rape, or kidnap them. Witches in medieval Europe used deadly nightshade (belladonna), henbane, and mandrake to have the experience of flying and to meet the Devil in their visions. American Indian medicine men have used jimsonweed and sacred datura to initiate young men into the mysteries of the spirit world and to seek visions in group religious rituals.

Today datura seems to appeal mostly to young people seeking strong intoxication. The plant is easily available in many places and is very powerful. It is in wide use as a recreational drug, often in combination with alcohol, among teen-agers on Indian reservations in the West. Drug crisis centers throughout the United States see frequent cases of bad trips on datura.

Although medical doctors consider datura very dangerous, it will probably not do physical harm to the average healthy person. The main danger of datura is accidental death or injury resulting from disorientation. For example, people intoxicated on this plant have drowned by stumbling into deep bodies of water, possibly in an effort to quench the thirst and fever caused by scopolamine. Others, experiencing monsters chasing them, have taken serious falls.

Scopolamine is still used as a medical drug. Until recently, low doses of it went into over-the-counter sleeping pills, and some

Datura stramonium: jimsonweed, or thornapple, as pictured in an herbal from 1636. (Fitz Hugh Ludlow Memorial Library)

cold and allergy tablets still include it to dry up runny noses. Low doses can be applied to the skin in special patches to prevent motion sickness. Higher doses used to be given by injection to women in labor ("Twilight Sleep") to make them amnesic for the experience of childbirth, a practice that does not seem beneficial to either mother or baby because it produces a predictable violent delirium. Jimsonweed leaves have been rolled into cigarettes for the treatment of asthma, and tincture of belladonna is still used to treat gastrointestinal spasms.