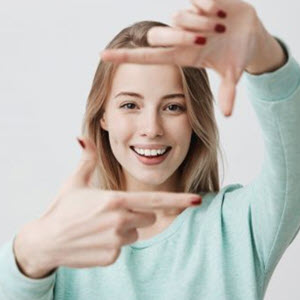 In serum- or blood-supplemented media, the magnitude of bacterial growth stimulation possible with catecholamine stress hormones can be in 20 h or less up to a 5 logs higher than un-supplemented control cultures (reviewed in Freestone et al. 2008a). Figure 3.1 shows the wide variety of bacterial species that have been reported to be catecholamine-responsive. Although the spectrum of bacteria

Fig. 3.1 The spectrum of stress-hormone responsive bacteria. Over 50 different types of bacteria occupying all the major niches of the mammalian body have now been shown to be stress hormone responsive in terms of growth induction or enhancement of virulence. Freestone et al. (2008a) gives a detailed explanation of how stress hormones affect the physiology and infectivity of the species shown shown is not surprisingly weighted towards species inhabiting the highly innervated gastrointestinal tract, catecholamines have a ubiquitous distribution throughout the mammalian body, and it is now clear that bacteria occupying a wide variety of locations might have similarly evolved the ability to sense changes in the stress hormone levels of their host. For example, in humans, exposure to chronic emotional stress is a significant risk factor in the development of periodontal disease, an inflammatory gum condition for which there is strong evidence of bacterial involvement. Stress hormones such as cortisol, epinephrine and norepinephrine have all been isolated from saliva and the fluid occupying the gingival crevicula, and are known to increase during stress. Using a serum-based medium and anaerobic culture conditions, Roberts and co-workers showed that norepinephrine and epineph-rine were recognised as stimulatory agents by oral bacteria implicated in causing periodontal disease (Roberts et al. 2002, 2005). Out of the 43 species tested, more than half showed significant catecholamine-growth enhancement, thereby providing additional insight into why stress can initiate or exacerbate gum disease (for a more in depth description of this investigation see Chap. 8). Several reports have also shown neuroendocrine hormones to be potent growth factors for respiratory pathogens. These include Klebsiella pneumoniae, (Freestone et al. 1999) as well as various Bordetella species (Anderson and Armstrong (2006), such as B. bron-chiseptica and B. pertussis. Additionally, Anderson and Armstrong (2006) showed that in serum-based media, norepinephrine stimulated growth of B. bronchiseptica as well as inducing expression of BfeA, a siderophore receptor is important for growth in vivo.

Stress neurohormone enhancement of growth and virulence is not restricted to pathogens of mammalian or avian hosts, as it has been shown that norepinephrine can increase the growth or infectivity of bacteria causing disease in frogs (Aeromonas hydrophila) (Kinney et al. 1999) and even non-vertebrates such as oysters (Vibrio species) (Lacoste et al. 2001).

How do stress hormones stimulate bacterial growth? Insight into the underlying mechanism may be provided by understanding that the iron-binding catechol moiety found in siderophores, such as enterobactin, is also present in the neuroendocrine catecholamine family of stress hormones, and related inotropic agents (Freestone et al. 2002) (Fig. 3.2). Studies from our laboratories and those of others have shown that norepinephrine, epinephrine and dopamine, the inotropes isopre-naline, dobutamine and certain of their metabolites (such as dihydroxymandelic acid and dihydroxyphenylglycol) as well as plant extracts containing catechol compounds (such as catechin, caffeic, chlorogenic and tannic acids) (see Chap. 4) all share the ability to induce bacterial growth (Anderson and Armstrong 2006, 2008; Coulanges et al. 1998; Freestone et al. 2000, 2002, 2003, 2007a,b, 2008a,b; Roberts et al. 2002, 2005; Williams et al. 2006). The underlying mechanism of this growth enhancement has been shown to involve the catechol-containing compounds enabling bacterial acquisition of normally inaccessible Tf or Lf-complexed iron, or in the case of Gram-negative species, induction of a novel autoinducing growth stimulator (Lyte et al. 1996; Freestone et al. 1999). Both mechanisms will be discussed in detail.

Prevent Fat Storage: How To Control Your Cortisol, Periodontal Disease