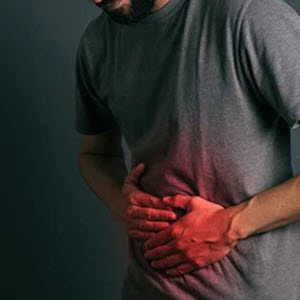 But he himself went a day's journey into the wilderness, and came and sat down under a juniper tree: and he requested for himself that he might die; and said, It is enough; now, O LORD, take away my life; for I am not better than my fathers.

But he himself went a day's journey into the wilderness, and came and sat down under a broom tree; and he asked that he might die, saying, "It is enough; now, O LORD, take away my life; for I am no better than my fathers."

And he himself went into the wilderness a day's journey into the wilderness, and at length came and sat down under a certain broom tree. And he began to ask that his soul might die, and to say, "It is enough; now, O Jehovah, take my soul away; for I am no better than my fore fathers."

It is called juniper in the KJV, broom in the RSV, a certain broom in the NWT, and white broom by Zohary, who adds that it is a common tall shrub in the Arabian, Israeli, and Saharan deserts. Bedouins indicate their respect for plants "by the life of the plant and our worshiped Lord." Small wonder they prohibit the felling of desert shrubs like Acacia, Pistacia, and Retama. In some places, Retama is the only shade-casting tree on the desert. And it makes the finest charcoal, which burns with intense heat.

Arabs claim it holds its heat for a year. In the Cairo market, it fetches a much higher price than any other fuel species. The expressions "coals of Juniper" used in Psalms 120, "burning coals," "live brown coals," "coals of broom," and "coals that lay waste" in biblical books indicate the popularity of the wood for charcoal. One legend suggests that when Jesus was praying in Gethsemane, he was disturbed by the cracking of the broom in the breeze. When finally led off by the soldiers, he said to the broom: "May you always burn with as much noise as you are making now." Another legend has it that the crackling of broom plants among which they hid almost revealed Mary and baby Jesus to Herod's soldiers. The branches are used in desert homes as coarse cords. At weddings and other ceremonies, Bedouins fasten sprigs of green plants like white broom to the tent entrance. Green, the color of live plants, is a symbol of life and vitality. The roots are used to insulate the handles of Bedouin coffee pots. Bedouins use the plant to make pins that fasten their curtains and as pins for their camel saddles (BIB).

• Bedouins grind and heat branches and green leaves over live coals until hot, place them in a thin cloth, and apply to arthritic pain (BIB).

• Bedouins grind, powder, and apply the plant to wounds (BIB).

• North Africans use the root against diarrhea, the branches for fever and wounds (BOU).

• Palestinians make a collyrium from the branches to wash their eyes (BIB).

The pea-like flowers are pollinated by bees (ZOH). The exceedingly long roots enable the plant to tap deep water sources, so it thrives in the dry season; the twigs are photosynthetic (ZOH).

He that diggeth a pit shall fall into it; and whoso breaketh an hedge, a serpent shall bite him.

He who digs a pit will fall into it; and a serpent will bite him who breaks through a wall.

He that is digging a pit will himself fall right into it; and he that is breaking through a stone wall, a serpent will bite him.

There is no plant mentioned as such in the RSV and NWT, but that "hedge" mentioned in the KJV version has been hinted to represent Rhamnus palaestina, a little-known shrub akin to the well-known buckthorns and cascara sagradas, and probably sharing many of their chemicals and activities. That has prompted me to do another generic compilation showing the activities and indications attributed to other species of the genus Rhamnus. Like many other thorny shrubs of the Bible, this one has been used as a fence to exclude grazing animals from gardens and orchards (BIB).

Class 2b, 2c, 2d. Contraindicated in hemorrohoids and nephropathy (CAN), intestinal obstruction, abdominal pain of unknown causes, any enteritis (appendicitis, colitis, Crohn's disease, irritable bowel syndrome), nephropathy, and menstruation (AHP, 1997). Not for children under 12 years old. Do not use bark that has not been heat-treated or aged 1 year (AHP, 1997). Do not use if you have abdominal pain or diarrhea. Consult a health care provider prior to use if pregnant or nursing. Discontinue use in the event of diarrhea or watery stools. Do not exceed recommended dose. Not for long-term use (AHP). While widely used, anthranoid-containing laxatives can be habit-forming; some contain compounds suspected of being cytotoxic, genotoxic, mutagenic, and even tumorigenic; epidemiological studies in Germany reveal that abusers of anthranoid laxatives have 3 times higher rate of colon carcinoma (AEH, 115). Newall, Anderson, and Phillipson (1996) caution that anthraquinones are purgative and an irritant to the GI tract. Because of the anthraquinones, nonstandardized preparations should be avoided in pregnancy and lactation (CAN). "Some herbal laxative preparations such as cascara and senna, for example, can cause an increase in the potency of digoxin" (D'epiro, 1997). Chronic use may lead to hypokalemia, increasing efficacy, perhaps dangerously, of cardiac glycosides, perhaps antiarrhythmics. Hypokalemia can be increased with corticosteroids, diuretics, and licorice roots (KOM).

Cathartic cascarosides induce the large intestine to increased peristalsis, inducing bowel movement. Clinical comparison of patients preparing for colonoscopy showed that GoLytely alone and Senna alone with enema did better than a mix of GoLytely with Cascara. Cascara was the last choice as far as cleanliness and quality of the exam (PH2.)