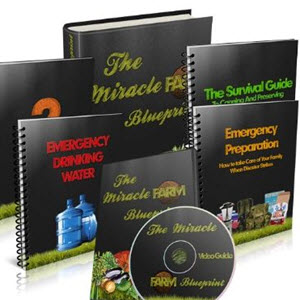 In many parts of the world the landscape is far from a natural environment, but is the product of hundreds or thousands of years of human management. The way in which the land is managed has important effects on hydrological processes, influencing how water moves through the hydrological cycle and the balance between storage, evaporation, runoff, river flows and groundwater. Throughout the evolution of the hydrological sciences, hydrologists have therefore been interested in understanding the way in which land management affects catchments and river flows. This interest has been driven not just by curiosity about physical processes but by the practical need to make predications about hydrological responses under different forms of management, often to assess the risk of flooding or the implications of change for water resources.

Perhaps the most important hydrological influences of land management are related to whether the primary land use is rural or urban. Urban hydrology is considered separately in Chapter 18.

Agricultural land occupies 74 per cent of the area of the UK (based on 2005 data), as shown in Table 19.3. Throughout history there have been expansions in agricultural land use, the latest being the Victorian and mid-twentieth-century periods. In 1872,

Fig. 19.5 Cumulative distribution functions of changes in low flows (the Q95 flow) by the 2080s reflecting uncertainty in (a) the emission scenario only, (b) the GCM only, (c) the down-scaling technique only, (d) the hydrological model structure only, and (e) the hydrological model parameters (under the A2, HadCM3, CF scenario). Reprinted from Wilby, R. L., and I. Harris (2006), A framework for assessing uncertainties in climate change impacts: Low-flow scenarios for the River Thames, UK, Water Resources Research, 42, W024I9. Copyright (2006) American Geophysical Union. Reproduced by permission of American Geophysical Union.

the ratio between the area under crops and that of improved grassland was 0.42. This dropped to 0.27 in the 1930s during the depression years, but rose again to 0.53 in 1988, driven by post-war policies to ensure security of food production. In the mid-twentieth century, agriculture in the UK became more intensive. The pre-war landscape of small fields, hedgerows and natural meandering rivers changed in many places to be replaced a more 'industrial' agricultural economy, with larger fields, compacted soils due to use of heavy machinery, land drains and modified, maintained river channels.

Since then, there has been a shift towards less intensive and more environmentally sustainable methods of food production, linked to European policy, which has

seen a decline in crop area from 5.3 million hectares in 1987 to the 2005 estimate of 4.6 million hectares. In the mid-1980s British agricultural policy changed following modification of the European Common Agricultural Policy (CAP) to allow the creation of agri-environment schemes. These provide incentives to farmers to adopt practices that protect and enhance the farmland environment and wildlife through the creation of environmentally sensitive areas (ESAs) and the Countryside Stewardship Scheme (CSS).

These changes have hydrological implications because of the associated changes in farming practices, in particular a move from spring to winter sown cereals. This causes increased working on the soil in the autumn and, with fewer fields containing stubble over the winter, a greater cover of bare soil in early winter. A significant development over the past 40 years is the increasing size, power and work rate of farm machinery. Heavy machinery has the potential to cause soil compaction, with consequent risk of increased runoff rates and soil erosion resulting in 'muddy floods' (Verstraeten and Poesen, 1999; Boardman and Poesen, 2006). However, it does not follow automatically that increased mechanisation causes greater runoff rates or sediment loads. Posthumus et al. (2008) note that modernisation of farming practices has included reductions in field travel by combining multiple operations in one pass and reduction of soil damage through use of wide, low-ground pressure tyres. Farmers have gained awareness of the benefits of avoiding soil compaction in terms of increased yields. The depth of compaction caused by machinery on the soil surface depends in part on loading as determined by axle weight, tyre pressures and the degree of wheel slippage (Sohne, 1958; Davies et al., 1973; Voorhees et al., 1986). However, soil moisture content is also important. The structural strength of soil varies with soil moisture content. Soils lose structural stability when wet. As soil moisture content increases, so does

the pore water pressure, reducing friction between particles, which can then slide over each other more easily.

One of the most important aspects of agriculture in the British Isles has been the widespread use of field drainage systems to bring improvements to crop yields, grazing and the ability to work the soil with heavy machinery. Some field drainage systems are very old. For example, the 'Backcut', a 3.4-km long subsurface drain at Long Preston on the River Ribble, dates back to a Land Enclosure Act of 1799, but was later covered over in the mid-nineteenth century. There are many such old drains in formerly wet areas now used for agriculture, of varying degrees of continued effectiveness.

Drainage activity was intense in the nineteenth century. In the twentieth century the rate of field drainage continued to be high, supported by government funding, with peak rates of around 100 000 ha per year in the 1970s (Robinson et al., 2000). Modern field drainage tends to comprise systems of subsurface clay or perforated pipes linked into larger arterial drains. Fig. 19.7 shows the concentration of this drainage work in the east of England and the Midlands, where water level management is often undertaken by internal drainage boards (IDBs; see Chapter 16). In the uplands, many areas have been drained by cutting ditches into peat moorland (moorland 'gripping') for sheep grazing or in the management of grouse moors.

The effect of subsurface drainage at a field scale is to lower the water table in the soil, reduce soil moisture content in the unsaturated zone and allow water to discharge more rapidly to nearby water-courses. It may reduce groundwater recharge

Fig. 19.7 Percentage of agricultural land in England and Wales with pipe drainage installed during the period 1971-1980. Reprinted from The hydrology of the UK: a study of change, Chapter 2, Robinson, M., Boardman, J., Evans, R., Heppell, K., Packman, J. and Leeks, G., Land Use Change, Pages 30-54, Copyright (2000) with permission from Routledge.

Fig. 19.7 Percentage of agricultural land in England and Wales with pipe drainage installed during the period 1971-1980. Reprinted from The hydrology of the UK: a study of change, Chapter 2, Robinson, M., Boardman, J., Evans, R., Heppell, K., Packman, J. and Leeks, G., Land Use Change, Pages 30-54, Copyright (2000) with permission from Routledge.

but increase channel flow rates in flood conditions, at least for areas with moderately permeable soils and well-connected field boundary drains (Robinson et al., 2000). The importance of this and other forms of 'hydrological connectivity' is one of the themes of research into the aggregated, catchment-scale impact of changes in land management practices. In the uplands, the impacts of changes in drainage practice on runoff and downstream river flows have been found to be variable (Newson and Robinson, 1983). Lane et al. (2003) discuss how the connectivity of the catchment drainage system helps to understand how land management can affect the hydrological response at the catchment scale.

There is a long history of investigation of the hydrological behaviour of forests, which has only intensified over the last century. Two contrasting views on the hydrological role of forests have been summarised by Jewitt (2005). At one time a widely accepted idea was that forests act like 'sponges', soaking up water during rainy spells and releasing it evenly during dry periods. In this school of thought, forests are good for water resources by promoting groundwater recharge, maintaining dry period river flows, improving water quality and moderating floods. An alternative view sees forest roots as 'pumps', where trees act more to remove water via transpiration during dry periods and reduce overall runoff yields, whilst having little influence on the occurrence of large flood events.

A number of authors and studies have produced evidence that effectively challenges the 'sponge' model. Hibbert (1967) examined data from 39 catchment monitoring experiments in different parts of the world and concluded that, in general, reductions in forest cover led to increased water yield (and vice versa), but that the response of the hydrological regime to afforestation or deforestation is very uncertain from place to place. Bosch and Hewlett (1982) updated Hibbert's review with new information and data from an additional 55 experiments. They confirmed the original findings and added greater confidence to the generalisation, noting:

In the UK, there has been an increase in forest and woodland area over the past century, with a particular surge in coniferous plantations from the 1950s onwards (Fig. 19.8.)

Since the early work of Law (1956) in the Forest of Bowland in Lancashire, there have been a number of long-term UK studies of the hydrological impacts of forest management, including Plynlimon in mid-Wales (Kirby et al., 1991; Neal, 1997), Llanbrynmair in Wales (Hudson et al., 1997), the Coalburn and Irthing catchments in northern England (Robinson, 1986; Archer and Newson, 2002; Archer, 2003), Balquhidder in Scotland (Johnson and Whitehead, 1993; Calder, 1993) andLeadburn, Scotland (David and Ledger, 1988).

At the Plynlimon experiment, monitoring began to provide data in 1969, with the aim of determining whether coniferous plantations increased evaporation and decreased stream flows relative to grassland. Here, two nearby upland catchments were intensively monitored in a paired catchment experiment designed to separate the effects of land management changes from climatic variability. Hudson et al. (1999) describe how 27 years of data from this paired catchment experiment provided detailed information about the water balance in the British uplands and the implications of forestry operations for water resources.

The Plynlimon study included both catchment-scale and small-plot-scale data and covered a complete rotation cycle, from planting through clear felling to regeneration. At the beginning of the study, the water balance difference between precipitation and discharges from the areas covered with new plantation exceeded the grassland amount

by approximately 61 percent but this difference dropped to about 18 percent by 1985, prior to the start of clear-felling. O'Connell etal. (2004) interpreted interception losses from the forest canopy to be the main factor explaining the differences. During the period following clear-felling losses from the fallow forest areas appear to have been less than those of the neighbouring grassland catchment area. It is clear that the impacts of forestry operations on catchment water balance change over time along with the forest life cycle. Even so, the study 'justified the concern of the water industry in Britain that afforestation and water supply may be incompatible' (Hudson et al., 1997) in respect of the impacts of upland plantations on water resources.

Someones Junk Is Someone Elses Treasure. Attending A Swap Meet, Garage Sales or Setting Up A Booth At A Flea Market Can Be Fun Exciting!