The normal human diet is rich in both DNA and RNA since food is derived from once-living organisms. The metabolism of these exogenous nucleic acids follows a similar pattern to the intra-cellular process described previously, but the bacterial flora of the intestine are the first point of attack. This digestion is rapid. Studies in pigs (confirmed by later studies in humans) demonstrated that up to 50% of radiolabeled dietary purine was degraded and lost as carbon dioxide gas within 30 min, with the remaining 43% being recovered in the urine and 5% in the feces (Figure 3). It has been shown that dietary pyrimidine nucleotides, but not purines, are incorporated into RNA.

Humans thus have no apparent requirement for purines from the diet, and the intestinal mucosa provides an effective barrier to their uptake through a battery of enzymes that rapidly degrade purine nucleotides, nucleosides, and bases to the metabolic waste product, uric acid. This phenomenon may represent an important evolutionary development to protect the integrity of the cellular DNA or to ensure that levels of ATP do not fluctuate in concert with the dietary intake of purines.

Figure 3 Diagram showing the fate of 14C-labeled exogenous purine (guanine) in an animal model (pig). Radiolabel was recovered only in carbon dioxide gas, urine, or feces. No incorporation into any tissues was found.

Figure 3 Diagram showing the fate of 14C-labeled exogenous purine (guanine) in an animal model (pig). Radiolabel was recovered only in carbon dioxide gas, urine, or feces. No incorporation into any tissues was found.

from their metabolic end products (principally uric acid). Many investigators have shown that the fate of the dietary purine moiety depends on whether it is administered in the form of DNA, RNA, mononu-cleotides, nucleosides, or bases, with some being catabolised more readily than others. When normal subjects are fed RNA, the increase in the excretion of uric acid is dramatic alongside a modest increase in plasma urate concentrations. The effect of RNA is also twice that of DNA when the increase in purines in the plasma is measured.

On the other hand, pyrimidine mononucleotides and uridine, but not the base uracil, are absorbed readily from the intestine and utilised for nucleic acid synthesis. This has been demonstrated by studies of humans with hereditary oroticaciduria, a rare defect in de novo pyrimidine synthesis at the fourth step involving conversion of orotic acid to UMP. Such patients have a severe megaloblastic anemia that does not respond to the usual forms of treatment. They have been sustained for more than 40 years on oral uridine, indicating that the dietary pyrimidine is absorbed intact and can compensate totally for lack of de novo synthesis in humans. Studies using radiolabelled purines and pyrimidines in mice have provided further evidence for the incorporation of dietary pyrimidine nucleosides, but not purine nucleosides, into hepatic RNA.

Why Indulge In Self-Pity When You Can Do Something About Your Weight Now. Say Goodbye to Your Weight Problems That Have Only Make Your Life Nothing But Miserable. Have you often felt short-changed because of your weight or physical appearance? 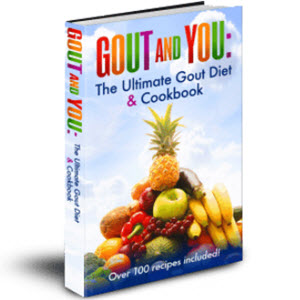