Evidence for a Role in Alzheimers Disease

Alzheimer's disease (AD) is a progressive, often insidious, dementing disease occurring in mid- to late life. Its incidence increases with age, such that at age 85+ approximately 20% of people suffer from the condition. AD causes neurone death and a reduction in brain volume. The progression of the disease (which in most cases means approximately 7 years of intellectual and personal decline until death) cannot be arrested and eventually patients become bedridden. At this stage, concomitant bedsores, feeding difficulties, and pneumonia result in death.

The etiology of the disease is complex and incompletely understood. Two risk factors for the disease have been identified and confirmed: old age and family history. 'Familial' AD is genetically variable but mutations in chromosome 21 are often involved.

These cases show a marked tendency toward early onset and can be positively identified to represent only a small proportion of the total AD population.

The etiology of nonfamilial, sporadic AD is unknown. However, cases have been attributed to head injury and environmental factors, including aluminum. Involvement of aluminum in AD has been suggested because (1) of the similar symp-tomologies of AD and dialysis dementia; (2) the administration of aluminum to animals produces histological changes within the brain that are, in some respects, similar to those seen in the brains of AD patients; (3) of some reports indicating the presence of aluminum within the cores of senile plaques; (4) of the results of some epidemiological studies that have linked AD incidence either with aluminum levels in drinking water or with its consumption as medicines; and (5) a disease similar to AD is prevalent in some Pacific islands (Guam), where the levels of aluminum in soils and water are high.

However, (1) the pathologies of AD and dialysis dementia are different; (2) the histomorphological changes seen in experimental animals differ, in important respects, from those seen in the brains of AD patients; (3) not all studies have indicated the presence of aluminum within the cores of senile plaques, and attempts to demonstrate enhanced levels of aluminum in the brain of AD patients have mostly failed; (4) the results of the epidemio-logical studies are conflicting and have been criticised on methodological and logical grounds; and (5) Guam disease and AD are clinically different.

It follows that it is now generally accepted that in the absence of a clear association between exposure to aluminum and the disease and/or an identified mechanism for disease induction by the metal, there is insufficient evidence to suggest that aluminum is causative with respect to AD. 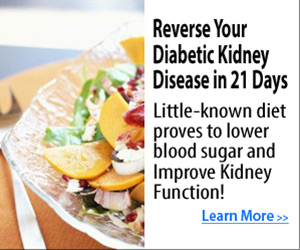 Holistic Solution to get rid of Kidney Disease