A large number of studies have examined correlations between fat distribution and genetic, behavioral, and physiological variables. Many factors, including heredity, overall fatness, gender, age, smoking, alcohol consumption, physical activity, and ethnicity, are associated with either an android or a gynoid shape. The underlying reasons for the observed associations between these variables and fat patterning remain to be elucidated. Correlates of fat distribution are important to understand since they may confound relationships between fat patterning and physiological outcomes or morbidity or mortality outcomes. There is evidence that body shape and amount of visceral fat are partially determined by genetics. After eliminating effects of age and overall fatness, studies have shown that heritable factors can account for as much as 20-50% of the variability in waist-to-hip ratio.

Fat distribution becomes more central or android as overall fatness increases. The correlation between overall fatness and fat patterning indices ranges from r = 0.5 to 0.9, depending on which measure of fat patterning is used. The more obese an individual, the more difficult it is to measure the waist and hip circumferences and the higher the measurement error.

Fat distribution has long been known to vary by gender, with men more android (apple shaped) than women, who are more gynoid (pear shaped). Men have a higher WHR and significantly more intraabdominal adipose tissue than women. During weight gain in normal weight men, fat is preferentially deposited abdominally in the subcutaneous and visceral regions—proportionately more in the upper compared to the lower abdomen. In men, little fat is deposited in the gluteal-femoral regions until they become obese. Women have a higher percentage of body fat and higher proportion of fat in the gluteal-femoral regions than men. The gender differences are sufficiently large that recommended cutpoints for indices of fat distribution must be gender specific.

Aging is accompanied by changes in both weight and fat distribution. The largest increase in body weight occurs between young adulthood and middle adulthood. Independent of weight gain, abdominal fat increases with aging. This increase tends to be most pronounced between young adulthood and middle age in men and between middle age and old age in women (related to menopausal status).

Although cigarette smokers tend to be leaner than nonsmokers, they have more central adiposity (as indicated by larger waist circumference and WHRs) compared to nonsmokers, after the effects of age and body mass index (BMI) are eliminated. Furthermore, WHR increases progressively with an increase in the number of cigarettes smoked daily. The WHR increases with increasing 24-h cotinine excretion, indicating that central fat accumulation is dependent on the dose of smoke inhaled. Some studies have found a more androgenic hormone profile in cigarette smokers, although this finding has been inconsistent. Increased cortisol secretion, an endocrine response to stressors associated with upper body fat deposition, may explain some of the association between smoking, alcohol consumption, and fat distribution.

Physical activity is inversely correlated with fat distribution in both men and women. Negative associations exist between WHR and various sports and exercise indices after controlling for the effects of BMI, smoking, and education. There is evidence that activity may be associated with a preferential mobilization of abdominal fat. Endurance training has been shown to increase aerobic fitness and decrease body mass and fat mass. Resistance training results in an increase in fat-free mass and muscle strength.

Fat distribution varies by ethnicity. African Americans have less visceral fat than whites at the same BMI, whereas Asians have a larger percentage of visceral fat. At the same BMI, African Americans have greater bone density and muscle mass than whites. Asians have smaller body frames, less muscle mass, and a larger percentage of fat mass at the same BMI as African Americans and whites. A study comparing migrant and British-born South Asian women to a general population of women in Scotland found that after controlling for the effect of age, migrant South Asians had larger waist circumference and WHR. However, after also controlling for physical activity, cigarette smoking, alcohol consumption, and parity, only WHR remained different between the two groups. How To Quit Smoking

Did You Ever Thought You Could Quit Smoking And Live A Healthy Life? Here Are Some Life Saving Tips On How To Do It. Have you ever thought about quitting smoking, but either thought it was impossible or just simply wasn’t that important? Research shows that most smokers do want to quit smoking and they are waiting for that auspicious day eagerly. 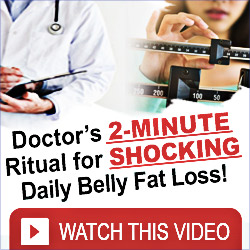 How to Lose Weight From Your Stomach Fast