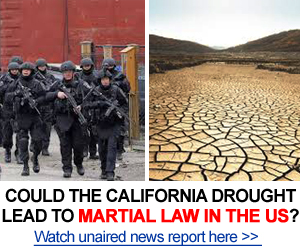 Most is known about household and community coping mechanisms in response to famines due to market failure. In cultures where food shortage or inaccessibility to large sectors of society is chronic, and threat of famine periodic, there exist indigenous responses that enable the local populace to cope, protect their entitlement, and minimize as best it can the risk of starvation as terms of exchange for food deteriorate (illustrated as a concept in Figure 4).

Figure 4 Illustration of collapse in entitlement. As endowment of the poor decreases toward a state of destitution with increasingly severe (costly) terms of exchange for food, the risk of starvation and famine increases.

Figure 4 Illustration of collapse in entitlement. As endowment of the poor decreases toward a state of destitution with increasingly severe (costly) terms of exchange for food, the risk of starvation and famine increases.

A first line of responses may be viewed as 'insurance' against uncertainty; these are activities that can stem loss of endowment, such as restructuring the mix of crops grown or pastoral practices in ways that insulate against drought- or flood-induced shortages. Examples include planting more robust crops, dispersing crops across a wider area, staggering plantings, or increasing livestock diversity and mobility. Food preservation practices and dietary changes to include less commonly eaten foods can initially increase the size and diversity of the food base. As terms of exchange become worse, coping mechanisms aimed at survival increasingly cost households their endowment. These responses include working longer and at different jobs for lower wages, migrating far from home to find marginal work, reducing meal frequency, consuming the next planting's seeds, and expanding intake to include 'famine foods' poor in, or lacking, nutritional quality. At first these may include unusual tubers, leaves, flowers, and other plants. Household assets such as pots, utensils, watches, and small animals are increasingly sold as, eventually, are larger assets such as bullock carts, bicycles, and draft animals. Land mortgage or sales transactions become more numerous. With indebtedness and destitution, petty crime and child abandonment increase; famine foods may include tree bark, ground bone, and rodents; suicide and cannablism may occur. An indicator of severe entitlement loss in a community is the livestock-to-grain price ratio in local markets. Normally this ratio is of a figure that reflects the greater asset value of livestock compared to grain. However, it may invert as the cost of grain and feeding animals and the level of animal wasting all continue to rise, such that, at a peak of famine vulnerability, large numbers of animals may be sold at very low prices relative to the costs of grain.

Viewed over time, famine is a continuum. As household and community entitlements erode for increasing numbers due both to deteriorating conditions of exchange and endowment loss, destitution and starvation become more likely. Figure 5 depicts a hypothetical shift in distribution of starving individuals in a poor population exposed to increasing risk of famine, where under usual conditions a small proportion of individuals routinely face the threat of starvation and wasting malnutrition (top panel). During periods of high or repeated stress, such as those of prolonged drought and internal conflict, while the population faces less food security coping mechanisms continue to protect most vulnerable groups from abject starvation, even as they near such a 'threshold' amidst inevitable losses of human and economic asset (middle f

panel). During severe distress of famine, entitlement has collapsed for the most vulnerable classes of society, pushing large numbers of persons into a state of starvation, leaving them destitute and migrating or dying (bottom panel). However, not all individuals starve. Some segments of society lose little or no economic ground, or benefit considerably from the plight of others by acquiring property and other assets at low prices, obtain labor at reduced wages or lend money at high interest rates. Still other segments, particularly those trading in famine relief goods and services, stand to gain large profits throughout the famine and recovery periods (depicted by the right skew). Postfamine, the economic landscape is nearly always one of greater polarization of wealth and an increase in size and vulnerability of society's poor and destitute. Peri-urban slums typically remain swollen following famine as a result of permanent migration.

The Most Important Guide On Dieting And Nutrition For 21st Century

A Hard Hitting, Powerhouse E-book That Is Guaranteed To Change The Way You Look At Your Health And Wellness... Forever. Everything You Know About Health And Wellness Is Going To Change, Discover How You Can Enjoy Great Health Without Going Through Extreme Workouts Or Horrendous Diets.