Early Christians observed Mosaic dietary laws. However, the concept of uncleanliness described in Leviticus was rejected by St. Paul and, as Christianity spread across cultural and geographical boundaries, dietary laws largely disappeared (except in the Eastern Orthodox Church). Food, rather than being a way of marking separateness, became a symbol of the communality of religious experience. The celebration of the Eucharist, or Communion, with ritual sharing of bread and wine, though it varies in form

from the austere to the elaborate, has retained an underlying significance as a meal shared by the followers of Jesus. The saying of a short prayer before and after eating, establishing a direct connection between God and good food, is also common amongst Christian groups.

Notwithstanding the general deemphasis of dietary laws, certain strictures persisted. Until 1966, Roman Catholics were required to abstain from eating meat on Fridays (since applied only to Fridays during Lent) in symbolic remembrance of the death of Christ. The historic consequence of meat avoidance on Fridays was the regular consumption of fish; fish on Fridays became identified with Roman Catholicism and sometimes fish was deliberately avoided by some other Christian sects who did not wish to be mistaken for Catholics.

In modern times, some Christian sects have established new dietary rules. Seventh Day Adventists are a Protestant sect who emphasize healthful living through eating the right foods and taking exercise and rest. Most Adventists are lacto-ovo-vegetarians. Tea, coffee, alcohol, and tobacco are also avoided. Eating between meals is discouraged on the grounds that the body needs sufficient time to assimilate what is eaten at mealtimes. The religiously inspired food practices, which emphasize cereals, fruits, vegetables, and pulses, has conferred nutritional benefits on the Seventh Day Adventists, who, as a group, have a lower prevelence of chronic diet-related diseases such as heart disease than the general population.

Like the Seventh Day Adventists, members of the Church of the Latter Day Saints (Mormons) assert the importance of eating a well-balanced diet in order to nourish the body as the temple in which the soul resides. Vegetables and herbs are emphasized while meat should be used sparingly. Tobacco, alcohol, and caffeine are avoided. A 24-h fast for those in sound health occurs once a month, and money or food saved is contributed to the welfare of the poor. The fast is a religious discipline and is not a dietary requirement.

In contrast to Western Christianity, Eastern Orthodoxy imposes substantial dietary strictures on its adherents. Dietary laws revolve around fasting. There are two 40-day fasts at Lent and Advent, two shorter summer fasts, and regular fasts on every Wednesday and Friday in the year, excepting the two preceding Ascension Day. Fasts do not require total abstinence but rather prohibit the consumption of all animal products and fish except shellfish. The avoidance of olive oil (historically stored in casks lined with calf stomach) during fast periods is a symbol of true sacrifice and devoutness.

The Great Lent fast commemorates Christ's 40-day fast in the desert and is replete with symbolism. In preparation for the resurrection feast following the fast, hard-boiled eggs are dyed red to symbolize Christ's blood. These eggs are considered to be tokens of good luck and are broken open on Easter morning, representing the opening of Christ's tomb. On Good Friday, lentil soup is eaten to symbolize the tears of the Virgin Mary; often it is flavoured with vinegar as a reminder of Christ's ordeal on the cross. The Great Lent fast is broken after a midnight service on Easter Saturday with a lamb-based soup, olives, bread, and fruit. 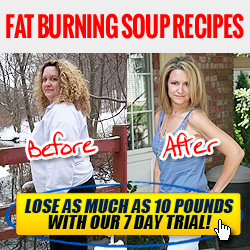