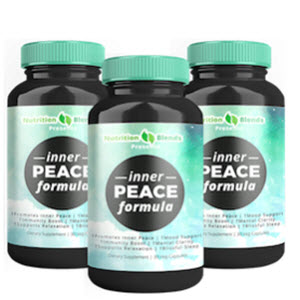 Substances that increase the time to exhaustion during strenuous exercise are termed ergogenic, which means ''energy-producing.'' One of the major purported claims of ephedra-containing dietary supplements is their ability to boost energy and increase exercise tolerance, thereby improving athletic performance. These effects would theoretically be of benefit in sports that rely on stamina such as running, cycling, and swimming. Athletes involved in sports that require specialized skill, physical strength, or agility would not be expected to benefit from ephedra use. Ephedra alkaloid use is currently banned by the National Football League, the National Collegiate Athletic Association, and the International Olympic Committee. However, ephedra is still a frequently used performance-enhancing supplement, as reported in surveys of amateur athletes from the junior high school to the collegiate level (61-63).

To date, there have been no published trials investigating the effects of ephedra-containing dietary supplements as ergogenic aids, but there are several reported exercise studies involving pharmaceutical ephedrine (6366). Studies of healthy individuals have shown that oral ephedrine use decreases the run time in 5-km and 10-km distance events, and increases the time to exhaustion after cycling at maximal effort in a controlled laboratory setting (63,64,66). However, the mean decrease in 10-km run time between ephedrine and placebo groups was 48 secs, which represents only a 1.75% reduction in total run time. Pseudoephedrine used in modest doses prior to 40-km cycling trials has not been found to have the same ergogenic effect as ephedrine (67). Caffeine appears to enhance the ergogenic effect of ephedrine in short-duration exercise tests lasting 10-20 mins, but not in activities of longer duration (64,65).

The mechanism for the ergogenic action of ephedrine is thought to be related either to CNS stimulation or to favorable alterations in peripheral substrate utilization (65). It has been postulated that the ergogenic effect may depend on the type of exercise activity (65). For example, in tests that involve strenuous exertion to the point of exhaustion, increased motivation may be the ergogenic effect mediated through heightened CNS arousal. Favorable changes in skeletal muscle metabolism may be the ergogenic effect in tests of short-duration, intense exercise lasting 10-20 min. The finding that pseudoe-phedrine, with less CNS activity than ephedrine, has no demonstrated ergogenic effect in endurance cycling supports the hypothesis that the mechanism is primarily centrally mediated (67). In addition, most exercise studies have shown that blood levels of lactate, glucose, and NEFA do not differ significantly between ephedrine and placebo groups. Thus, it appears that the mechanism of ephedrine's ergogenic effect is primarily CNS stimulation rather than alterations in substrate utilization.