wide spectrum of neurobiological disorders (also known as autistic spectrum disorders) characterized by delayed development of communication and social skills. The most noticeable feature of a pervasive developmental disorder (PDD) is a problem with communication, including using and understanding language. Children with these disorders can also have trouble relating to others and may play in an unusual way with toys—flicking, shaking, spinning, or lining up toys. Children with a PDD also may lack curiosity about their environment and have difficulty with changes in routines.

of course, all children can sometimes behave oddly or may seem shy sometimes without having a PDD. What differentiates children with PDDs is the consistency of their unusual behavior. A PDD will affect every part of a child's life, not just behavior at home or at school, with a lack of social interaction and impaired nonverbal behavior. All of these conditions, to varying degrees, inhibit normal communication skills and can affect a child's cognitive skills and behavior. Types of PDDs include:

• autism This condition is considered to be a PDD because it affects communication as well as cognitive and behavioral skills.

• Childhood disintegrative disorder A condition in which a child may develop fairly normally until 18 to 36 months and then begin to regress, especially in speech and social interaction

Experts do not know what causes PDDs, but they suspect it may be linked to biochemical problems in the brain that also may have a genetic component. Some studies have suggested that PDDs may be caused by many different and unrelated causes, including food allergies, too much yeast in the digestive tract, and environmental toxins. Experts do know that PDDs are not caused by poor parenting or an insensitive mother.

Although there is no cure for PDD, the earlier the treatment, the better. Treatment focuses on boosting communication with these children by using behavior modification. Medication also may be help ease problems of inattention, obsessive-compulsive behaviors, and mood swings. Some children with these disorders do well in small classes with individual attention, whereas others will benefit more from standard classrooms with support.

The goal of treatment is to enable a child with PDD to be able to be educated in a regular classroom with additional specialized programs and support, including speech and language therapy.

Facilitated communication is a type of treatment that uses another person (a "facilitator") to support the child's hand, arm, or shoulder, helping him press the keys of a computer keyboard or communication board. Although the Autism Society of America neither condones nor condemns this method, most research has found the procedure not to be valid as a treatment.

The use of gluten-free and casein-free diets has shown some positive results in treating PDDs, but more research has to be done.

pesticide poisonings Some of the most common poisoning problems are due to the ingestion of pesticides among very young children. Alarmingly, a recent survey found that almost half of all households with children under age five store at least one pesticide in an unlocked cabinet less than four feet off the ground.

To prevent accidental poisoning, it is important to store pesticides away safely and to know how to use them properly. if a bug bomb is being used in a home with children, they should be kept out of the area for at least overnight. Areas where fumes have settled should be scrubbed. When treating a lawn with chemicals, windows should be closed and the children should be kept indoors until the treatment is over. Children should not be allowed to play on chemically treated lawns at least until the chemicals have had a chance to seep into the soil; rain or a sprinkling from a hose will speed the process.

pets and disease Pet owners can point to many benefits from their cats and dogs, including reduced stress, higher survival rates, increased self-confidence, and improved self-esteem among children. But pets can also carry very real health risks for youngsters. The idea that pets can carry disease is not a new one. Ancient Greeks understood exactly where rabies comes from—the bite of a rabid dog. And the bubonic plagues that wiped out half the population of 15th-century Europe were understood to move from rodents to animals by way of fleas.

HOW TO BUY A HEALTHY PET

Before buying a pet, parents should make sure the animal is healthy so as to avoid passing a disease on to their children. The following tips can help prevent problems:

• Check out the animal's surroundings. Are the cages and pens clean and free of feces?

• If the pet is in a pet store, are the other animals clean and healthy?

• Ask a vet or animal welfare group if the store or breeder is reputable.

• Get a vet checkup as soon as you bring a pet home.

The list of animal-transmitted conditions is constantly changing as more and more diseases are being redefined as zoonotic conditions. Fortunately, most of these diseases are rare and almost all can be treated. The pet-related diseases include:

Cat-Scratch Disease Known previously as "cat-scratch fever," this infection is caused by a cat bite or scratch; the responsible organism has recently been identified as Bartonella henselae. Three-quarters of all cases occur in children and occur more often in fall and winter. The bite wound is slow to heal and may cause other mild symptoms. The disease is rarely serious, but antibiotics can help treat it if necessary.

This disease is not in itself caused by animals, but by a tick that can be carried into the home on cat or dog and then bite a human. lyme disease symptoms are many and vague but include arthritis-like joint pain. Antibiotic treatment is imperative to prevent the disease from progressing; there is now a vaccine for dogs who live in high-risk areas.

Parrot fever is a bacterial disease infecting 130 species of domestic and wild birds, most commonly ducks, turkeys, chickens, parrots, and pigeons. Children get the disease from parrots or parakeets by contact with feces and feather dust, experiencing cough, fever, chills, and vomiting. Bird symptoms may include poor eating habits or droopy feathers. Wearing a surgical or dust mask and rubber gloves while cleaning a bird's cage will help protect against this disease. A blood test can confirm the diagnosis, and antibiotics will treat the disease in both bird and human.

Currently epidemic among certain wild animals in the northeast, rabies can be transmitted to children during a bite from an unvaccinated dog. In the northeast, canine rabies is controlled and the main source of infection is from an unvaccinated cat or from wildlife. vaccination of pet dogs and cats is imperative to stop the spread of this deadly disease; if someone is bitten by an infected animal, the disease can be prevented if treatment with rabies shots is begun soon enough.

Rocky Mountain Spotted Fever This tick-borne disease is found throughout the United States; early antibiotic treatment can head off serious complications, including a sometimes-fatal inflammation of lungs, liver, and heart.

Cats (especially long-haired kittens), dogs, horses, and cows can all pass on this fungal skin disease that has nothing to do with worms. Cats are the usual cause, however; the fungus infects cat hair, which passes it on to humans during petting. It causes an inflamed lesion on the skin or in the scalp; antifungal drugs and iodine-based soap cure the problem in humans.

This parasite is carried most often by nursing dogs and their puppies, and less often by cats. virtually all puppies have roundworm, and because children play in the dirt they are most likely to pick up the parasite. The disease is transmitted through contact with the dog's feces or contaminated soil. So common is the presence of the dog roundworm that worm-free pups can only be produced by raising several generations in isolation, or giving high doses of worm medication to the pregnant mother dog. Both pups and children can be treated with worm medication.

Infections with the Salmonella bacteria can cause stomach upsets that can have serious consequences in young children. The bacteria are carried by birds and dogs, although turtles present such a risk that the sale of pet-sized turtles (less than four inches) was banned in 1975. Since a wild turtle is just as likely to have Salmonella, it should not be considered as a pet either.

This disease is transmitted to children most often by a parasite in cat feces or contaminated dirt. All

HOW TO PROTECT PETS AND FAMILY

Once a healthy pet has been adopted by a family, it is still possible to transmit infections to children. To help prevent problems, parents should:

• keep pets clean and free from ticks, fleas, and mites

• not allow children to handle a sick animal

• teach children to wash hands after handling an animal

• not adopt wild animals as pets if they are injured; call an animal rehabilitator or humane society

• not walk dogs in tick-infested areas in summer

• never use pet waste as fertilizer; this material has little value and can spread disease

• keep sandboxes covered when not in use 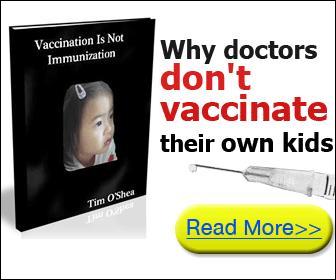 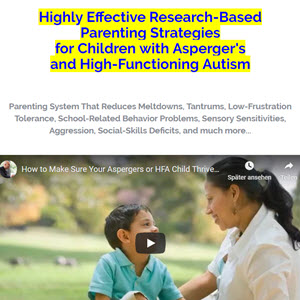