Emotion in the arts and in sport 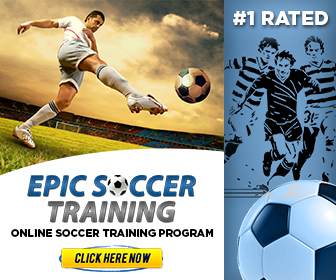 The regulation of emotion always occurs in some context or other - it has to. Many of these contexts involve either leisure or work (discussed earlier in this chapter). Other than family life (which might be regarded as a mixture of leisure and work), these two together characterise what can loosely be termed culture. In other words, this is a combination of the customs and achievements and style of a particular group of people. This section, then, is to do with how, in practice, people regulate their emotional lives, for emotion certainly permeates all aspects of culture.

The links between emotion and the arts are obvious and yet quite difficult to understand. For example, think of your emotional reactions when you read a novel, go to a play or watch some modern dance. You might react emotionally to the work itself, and to the performance in the case of the play or the dance, or to the particular characters in the novel or the performers on the stage, or to the emotions that they are apparently experiencing. Art can be abstract and yet we still react emotionally to it. Art can represent very negative emotions (as in the case of a tragedy, for example) and yet overall we might react positively to it, as a work of art.

In fiction, emotions are portrayed, described and analysed through the characters, but the reader's emotion is also played upon through the manipulation of events. Startling events occur and characters react emotionally and then do other things that regulate their own emotions in some or other way. So the reader comes to have his or her own emotion regulation practices endorsed or negated, or new possibilities suggested. Also, however, for the reader, engaging with a work of fiction might well represent a way of emotion regulation, a way of escaping from the emotional turmoil of daily life. It barely matters what the fiction is - heart-rending romance, swashbuckling adventure, spell-binding historical intrigue - but the reader is always invited to suspend disbelief (in the fictitious events) and to suspend reality. Then, one can identify with larger-than-life heroes whose experiences abound with emotional satisfaction.

In fact, it is this identification that is at the core of our responses to fiction and our use of fiction to regulate our own emotional lives. If we can find no way of identifying with the characters, then the fiction falls curiously flat; it seems lifeless. If we can identify and then become absorbed in the fictitious lives, the emotional effects of what we have read can linger for some time, either positively or negatively. We can be emotionally uplifted by fiction or we can be depressed for days.

In passing, it is interesting to note here a problem which has beset philosophers for some time. When we are made emotional by fiction, what is it exactly that we are made emotional about? We know that a work of fiction is fiction and we know that what is happening to the characters is fictitious, so why do we still react emotionally? We don't actually believe in the existence of fictitious characters and yet we have emotions for them. This is sometimes termed the paradox of fiction.

Perhaps even more problematic in this regard is our emotional reaction to televised events. We react emotionally to fictitious events on television, but somehow keep them at a distance because we know that they are on the flat screen. What about when the events are emotionally uplifting or harrowing and come from scenes in real life? What, then, are our emotional reactions? Do we learn to limit these reactions and hence generalise from this to daily life? In other words, do we become habituated emotionally by the overexposure that comes through television?

To take another example of emotion regulation through the arts, music has much of its effect through emotion. Simply watch a crowd at a classical concert or a rock concert or even a head-banging crowd at a rave and the emotional effect of music is obvious. But, again, how does it work? From time to time, many of us will play music to fit in with our mood or to change our mood, or whatever, but how does this work? Do particular types of rhythm or speed or rising tones have particular emotional effects? Sometimes, a piece of music will produce a chill down the spine, a physical shiver. This seems a very basic, primitive sort of reaction. What is this tapping into? Is this bringing up some basic evolutionary process, such as a mixture of warmth and coldness or approach and withdrawal or rejection?

Much as is the case with music, emotional reactions to drama are obvious -drama depends on them. There are two aspects to this, however: the emotional reactions of the audience and the emotional involvements of the actors. With respect to audience emotional reactions, there is a similar problem to that with literature - we know that what we are observing is not real - they are only actors, after all, and it is only a play - and yet we become emotionally captured by what happens to the characters. It even happens in opera, in which the stories tend to be so simple as to be comedic.

The interesting question about actors' experience of emotion, which might also apply to acting-like situations (teaching, selling, running a meeting, and so on), concerns the extent to which the actor actually experiences (or should experience) the emotions being portrayed or projected. It could be that there should be emotional involvement, or emotional detachment or some sort of self-expression (with the character disappearing behind the actor). This type of analysis is carried out by Konin (1995). In each of these cases, the actor has to be both involved with and not involved with the emotionality of the character being portrayed.

The result is an extraordinarily sophisticated type of emotional regulation, involving four levels simultaneously. There is: (1) the private person with private emotions; (2) the actor with the emotion involved in the acting; (3) an inner model of the play with its intended emotion; and (4) the actual character as performed with the attendant emotions. This is very complex and must occasionally go very wrong, for example, confusing the actor's 'real' life with the character's. Konin suggests that these complexities lead to an overriding emotional reaction that is based on challenge. So the performance itself becomes a source of emotional reaction. It is interesting to speculate about the extent to which this very intricate type of emotional regulation occurs in our daily lives in circumstances in which we are required to project an image of some kind, either at work or even at home.

Whatever is going on with respect to our emotional reactions to art, almost certainly some type of empathy is involved, either with characters or performers or even with a piece of work itself. So, for example, it is possible to 'feel into' a work of art on canvas and to feel some type of empathy for what is being portrayed. All this is enhanced or inhibited by whatever is important to the person at the time, whether this is a social role or a particular way of looking at the world. This type of influence on our reactions changes from time to time and from culture to culture. Our reactions also depend on how close or how distant we allow ourselves to be from the work of art in question.

Although sport is about performance, it is obvious that what makes the performance is the emotional reactions to it on the part of both participants and observers. Almost any emotion can impede sporting performance. Go to play any sport while in the grip of some or other emotion (anxiety, anger, jealousy, guilt, even an overabundance of joy or elation) and your performance is likely to suffer. On the other hand, a moderate level of anxiety and perhaps a general background state of happiness are likely to enhance sporting performance.

From the point of view of the spectator, although at an intellectual level it is possible to appreciate a fine sporting performance, it is the emotions that are generated that make what is observed come alive. To identify with a team and support it can evoke enormous highs and lows of emotion. To identify with an individual athlete and watch a triumphant performance can uplift the spirit.

Ultimately sport is about winning or losing, doing well or doing badly, and the value judgements associated with this inevitably lead to positive or negative emotional reactions. There are some very straightforward patterns that arise emotionally. Winners are likely to feel positive - it is so obvious as to almost go without saying. Losers, by contrast, might feel a mixture of surprise, anger, sadness, or even fear (of never regaining the ascendancy). If one loses a sporting encounter and attributes this to internal causes ('it was my fault because . . .'), the result is likely to be burgeoning depression. If these internal causes are seen as uncontrollable, an inevitable part of simply being the person, the likely result is shame. If the result is externally attributable ('I lost because the weather was so bad, the equipment was faulty, I'd eaten something that disagreed with me . . . '), then the result will be much less negative. The general point here is that the intense emotional investment that there is in sport makes the experience powerful.

Talk to a jogger or runner about why they run and one point that always comes up is that it makes them feel good to have been for a run (or it might be a swim, an aerobics class, or whatever). Why does exercise make people feel good? Why does too much or too intense exercise sometimes lead to negative emotional reactions? There are a number of possible reasons for exercise leading to emotional outcomes. It could be, for example, because we make positive attributions about having exercised - we are doing ourselves some good, we've lost some weight, we are strengthening our heart, and so on.

Also involved might be the straightforward links that come from conditioning. For example, a person might have conditioned links formed between exercise, looking good and feeling a heightened sense of self-efficacy. This effect (and others) in exercise and sport comes about through a mixture of the psychological and the physiological.

The emotional involvement in spectator sport is a huge and under-researched topic. It is clear that sport generates considerable arousal in spectators. While this might be entirely positive to begin with, it can also turn in more negative directions, both emotionally and behaviourally. For example, the anger generated in parents watching their children play rugby or soccer can be palpable and can even turn to violence towards other parents, the referee or in some cases their own child. Furthermore, the anger-fuelled aggression at soccer matches, particularly in the United Kingdom, is very well documented, if not as well understood. This capacity for arousal to spill over into violence is not restricted to soccer but from time to time can be seen in the spectators of many types of sporting encounter.

In the end, it is hard to conceive of sport, whether as a performer or as a spectator, without emotion being integrally involved. In fact, the sight of an apparently emotionless tennis player or the soccer player who doesn't show jubilation at success is slightly unnerving. Our expectations are for emotional reactions both within sport and to sport.

Be a star on the field in no time! Get Fit For The Soccer Field In 10 Easy Steps! With soccer season looming just around the corner it’s never too early to start getting ready. Soccer is an intense game, and it’s going to take a lot of work on your part to make sure that you’re ready to stay ahead of your competition out on that field.

Soccer Training Programs by the Pros