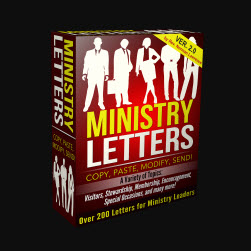 Ellen G. White (born Harmon) was an influential religious figure in the religious revival in the "burnt over district" of upstate New York in the 1840s. After the Great Disappointment of October 22, 1844, when Christ failed to return as predicted by the Millerite sect of Christianity, White reorganized a movement based on visions she claimed had been sent by God to her during trances.

As part of her reconstruction of a Sabbatarian dietary code, she propagated a dietary philosophy aimed at cultivating and preparing Christian souls for the second coming. "I was informed that the inhabitants of earth had been degenerating, losing their strength and comeliness. Satan has the power of disease and death, and with every age the effects of the curse have been more visible and the power of Satan more plainly seen" (White 1882: 184). In 1864, her husband Revd James White became ill, and White nursed him back to health using vegetarian principles. In i866, they founded the Western Health Reform Institute at Battle Creek, Michigan, which became the center for late nineteenth-century diet reform. White simply reversed the claims about original sin and the eating of the forbidden fruit in the Garden of Eden:

God gave our first parents the food He designed that the race should eat. It was contrary to His plan to have the life of any creature taken. There was to be no death in Eden. The fruit of the trees in the garden was the food man's wants required.

White also preached against medical intervention in case of ill health and recommended a regimen of fresh air, sunshine, exercise, vegetarian food, and plenty of water as a cure for any ailment. She constantly linked religious conviction with notions of hygiene, writing in 1866:

The majority of the diseases which the human fam ily have been and still are suffering under, they have created by ignorance of their own organic health, and work perseveringly to tear themselves to pieces, and when broken down and debilitated in body and mind, send for the doctor and drug themselves to death.

Again in 1902, she warned against the diseased nature of modern food: "Flesh was never the best food; but its use is now doubly objectionable, since disease in animals is so rapidly increasing" (White 2002: 313). White's teachings were characteristic of the American health reform movement's emphasis on temperance and abstemious living.