B est known for his invention of flaked breakfast cereals, Kellogg was also one of the most outspoken health reformers in the late nineteenth century. Raised as a Seventh-Day Adventist, he was inspired by founder Ellen G. White's writings on health reform that stressed healthy living as a religious duty. Kellogg began to write and lecture prolifically, becoming a powerful advocate for healthy diet, exercise, sexual repression, and natural remedies for health problems. Kellogg's published works range from a monthly Adventist magazine called Health Reformer to an anti-tobacco book, Tobaccoism or How Tobacco Kills (1922), to Plain Facts about Sexual Life (1877). The linking of all types of reform, including sexual reform, was part of the moralizing tendency in which diet and dieting played a large role in nineteenth-and twentieth-century America.

In his The Stomach: Its Disorders, and How to Cure Them (1896), Kellogg presents a cure for the new "American malady," dyspepsia. For him "Americans enjoyed the unenviable, but nevertheless deserved, reputation of being a nation of dyspeptics" (Kellogg 1896: 17). It is dyspepsia, rather than George Miller Beard's "American Disease" of "neurasthenia" (1869) that defined the pathology of modernity for Kellogg. Indeed, he lumps such nervous disorders under "gastric neurasthenia" and argues that they can be cured through diet, rather than through electrotherapy. To prove this, Kellogg presented his theory of diet and dieting in light of the newest science of bacteriology. It is a new science for a new reformed America.

Quoting Pasteur, David, and others who showed that the digestive tract is full of "a vast number of microbes capable of producing various acids, poisonous ptomains and toxins," Kellogg argued that only correct dieting can prevent disease (Kellogg 1896: 19). It is the "modern stomach" that demands a modern cure for this "formidable disease" (Kellogg 1896: 55). He provides a detailed list of what to do, including slow and regular chewing (Kellogg 1896: 58) and the avoidance of substances like vinegar (because it is "an alcoholic liquor" [1896: 112]), too much sugar (1896: 105), uncooked food (1896: 96), and abundant use of fat. But, most importantly, Kellogg provides a detailed diet regimen for all people to follow to prevent or to cure dyspepsia. He begins with an "aseptic dietry" which advocates sterilized food prepared without milk or eggs, whole grains, fresh fruits raw, or cooked without sugar or with grains (Kellogg i896: 227ff). Page upon page of proscriptive diets follow, all of which are intended to cure and prevent various forms of disease. In addition, all of Kellogg's diets focus on vegetarian diets, with the preparation or manufacture of the foods being part of the diet.

His dietary beliefs may have been influenced by his professional training but were also the result of a general interest in health reform at the time. Kellogg was trained as a surgeon at Bellevue Hospital Medical College in New York. Shortly after receiving his medical degree, he became superintendent of the Western Health Reform Institute in Michigan, which he renamed Battle Creek Sanitarium (also known as "The San"). The health retreat became the most popular health sanatorium of its time, boasting patients like Henry Ford (1863-1947), John D. Rockefeller (1839-1947), and J.C. Penney (1875-1971). Patients at "the San" closely followed Kellogg's "Battle Creek Idea," a diet that excluded meat and recommended sparing use of eggs, refined sugar, milk,

and cheese. This demanded a "lifestyle change," which advocated abstaining from alcohol, tea, coffee, tobacco, and chocolate. The diet also prescribed daily enemas, drinking large quantities of water, and participating in regular exercise and outdoor activity.

"The San" was originally affiliated with the Adventist Church but had moved away from religious practice to a more medical and scientific focus by 1907. Kellogg now appealed to "rational medicine" as "nature alone possesses the power to heal." As in "The San," "patients, and not disease are to be treated" (Kellogg 1907: 593). As such, "The San" included a "Laboratory of Hygiene" that aimed to create new nutritious food products by undertaking the "preliminary digestive work" of the body by "kettle cooking, oven cooking, and toasting" (Kellogg 1907: 1561).

Kellogg's brother, William Keith Kellogg (18601951), joined him in his research, and they began experimenting with new kinds of grain products, imitation meats, coffee substitutes, and soy-milk. At this time, manufactured and processed foods were believed to be healthier than "natural" foods. In 1895, they accidentally left a batch of boiled grain (dough) out for several days, allowing it to dry out and become crisp. When they rolled out the dried dough, it formed flakes and a new kind of cereal was born. The flakes, originally named Granose and later known as Toasted Wheat Flakes, immediately became popular, and they sold over 100,000 pounds of the cereal in the first year. The Kellogg brothers established Sanitas Food Company for their new products but experienced major ideological differences relating to both health reform and business. The company split into John's Battle Creek Food Company and

William's W.K. Kellogg Company. The latter went on to become one of the most popular food companies, ironically abandoning the "health food" label of its origins. Many have argued today that it was the advent of convenience food that led to many of the problems with obesity, currently considered a major public-health problem in the U.S.A. 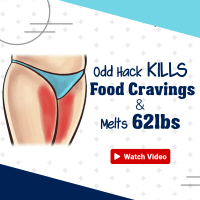