It is clear from the literature summarized here that characteristics of the neighborhoods in which children live and the schools they attend can impact children's mental health and their likelihood of engaging in risk behaviors. Disadvantaged neighborhoods and schools leave children without adequate opportunities for positive engagement with adults and thus disposed to disruptive behavior and susceptible to negative peer influence. Violence in neighborhoods and schools can exact clear tolls on children's mental health and creates an environment in which children's own aggressive behavior is adaptive. In contrast to these negative impacts, a sense of community and cohesion in neighborhoods and schools can foster feelings of belonging and security that promote adaptive social-emotional behavior.

Aside from these conclusions, the literature summarized in this chapter suffers from two major flaws. First, the emphasis in the neighborhood literature has primarily been on negative impacts of neighborhoods on students. More research is needed that considers the positive ways in which neighborhoods can affect children and youth. Second, the school impact literature has almost exclusively been restricted to academic achievement outcomes, or at most to behavioral school-related outcomes such as drop-out. This lack of research is surprising, given growing emphases on both character development (Office of Safe and Drug-Free Schools, 2004) and violence prevention in schools (Thornton, Craft, Dahlberg, Lynch, & Baer, 2002). Additional research into how school contexts impact child mental health and risk behavior is needed in order to inform the design of learning environments and of broader school reforms whose targets are typically academic outcomes (Roeser et al., 1998).

The sheer amount of time children spend in neighborhoods and in schools establishes them as clear places of opportunity in which to promote positive mental health and to decrease the incidence of risk behaviors. We have provided examples of a very few of such interventions here, most of which are small-scale, targeted interventions. Improving neighborhoods and schools on a large scale will require significant commitments from local and national policymakers and funders. Although such interventions would be costly, their potential to enhance so many aspects of children's lives would undoubtedly make them cost-effective in the long-term.

Bowen, N. K., & Bowen, G. L. (1999). Effects of crime and violence in neighborhoods and schools on the school behavior and performance of adolescents. Journal of Adolescent Research, 14, 319-342.

Bronfenbrenner, U. (1986). Ecology of the family as a context for human development: Research perspectives. Developmental Psychology, 22, 723-742.

Burton, L. (2001). One step forward and two steps back: Neighborhoods, adolescent development, and unmeasured variables In A. Booth & A. C. Crouter (Eds.), Does it take a village? Community effects on children, adolescents, and families (pp. 149-159). Mahwah, NJ: Erlbaum.

Halliday-Boykins, C. A., & Graham, S. (2001). At both ends of the gun: Testing the relationship between community violence exposure and youth violent behavior. Journal of Abnormal Child Psychology, 29, 383-402.

Leventhal, T., & Brooks-Gunn, J. (2000). The neighborhoods they live in: The effects of neighborhood residence on child and adolescent outcomes. Psychological Bulletin, 126, 309-337.

Overstreet, S. (2000). Exposure to community violence: Defining the problem and understanding the consequences. Journal of Child and Family Studies, 9, 7-25.

Salzinger, S., Feldman, R. S., Stockhammer, T., & Hood, J. (2002). An ecological framework for understanding risk for exposure to community violence and the effects of exposure on children and adolescents. Aggression and Violent Behavior, 7, 423-451.

Sampson, R. J. (2001). How do communities undergird or undermine human development? Relevant contexts and social mechanisms. In A. Booth & A. C. Crouter (Eds.), Does it take a village? Community effects on children, adolescents, and families (pp. 3-30). Mahwah, NJ: Erlbaum.

Shahinfar, A., Kupersmidt, J. B., & Matza, L. S. (2001). The relation between exposure to violence and social information processing among incarcerated adolescents. Journal of Abnormal Psychology, 110, 136-141. How To Live Stress Free

Are You Feeling Stressed, Overwhelmed And Full Of Anxiety? You're Not Alone. But You Can Stop It... And Learn To Live A Stress Free Life. Stress Is The Number One Cause of Medical Problems In The United States Today. Anxiety Just Adds To Those Problems. But You Don't Have To Suffer Anymore. We Have The Answers You're Looking For. 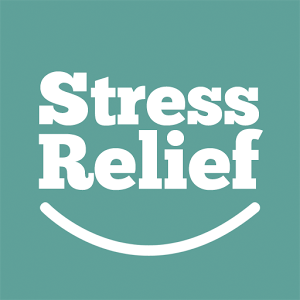