The Representation Of The Nose On The 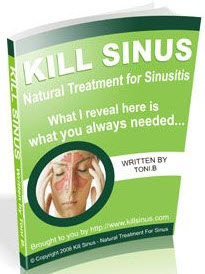 Another divergent location according to Nogier's and Chinese cartography is the representation of the nose. The main reason for this divergence may be related to the lack of any representation of this anatomical part on Bachmann's drawing of 1957. The olfactive point was added later by Nogier21 on the anterior part of the lobule approximately 1 mm behind the auricular insertion line on the lateral side, half way up the lobule (see Fig. A1.1).

The Chinese, on the other hand, differentiated between the representation of the external nose (waibi) and that of the internal nose (neibi) (see Fig. A1.2). The first is located between tragus areas

1 and 2, carrying indications such as nasal vestibular inflammation and rhinitis; the second is located on the internal wall of the inferior part of the tra-gus and has the indications rhinitis, sinusitis and nose bleeds.

My contribution on this issue was made by making observations of two groups of patients, the first with facial injury and fracture of the nasal bones, the second much more frequent group with acute coryza of possible viral origin. In both cases the same area became sensitized (on the left of Fig. 5.35, area number 1), overlapping with Nogier's olfactive point but with some differences: in cases of nasal trauma both ears were usually sensitized, whereas in rhinitis the lobe was more often unilaterally tender on the same side as the more obstructed nostril. In this case even massage of the tender point could relieve the symptom through a presumed anti-inflammatory and decon-gesting effect on nasal mucosa. A third group with a similar representation is the above-mentioned group of patients with allergic rhinoconjunctivitis (see Fig. 5.30A).

When the catarrhal condition of the nose extends itself to the frontal sinuses, the process of sensitiza-tion shifts toward the Chinese forehead area (on the left of Fig. 5.35, area number 3). Between these areas it is possible to find a few very tender points in the case of ethmoid sinusitis (same figure, area number 2). If the inflammatory process primarily or secondarily involves the maxillary sinuses, a further area becomes sensitized which may overlap with the Chinese temple area (same figure, area number 4).

All these areas are the expression of local inflammation; in the case of accompanying neuralgic pain the distribution of tender points may, however, vary and shift toward the border of the ear lobe, as happens in toothache (see next section).

It is interesting to note that vasomotor (non-allergic) rhinitis probably has a different distribution of tender points than allergic rhinitis. This is in agreement with the hypothesis concerning this disorder which is supposed to be caused either by a hyperactive parasympathetic nervous system or by an imbalance between the latter and the sympathetic nervous system. Even if recent reviews state that both allergic and vasomotor rhinitis respond to the same drugs, such as azelastine and fluticasone nasal spray, the pathophysiology of the two disorders seems rather different. It may be remembered that vasomotor rhinitis is characterized by prominent symptoms of nasal obstruction, rhinorrea, and congestion exacerbated by certain odors, alcohol, spicy foods, emotions and environmental factors such as temperature, barometric pressure changes and bright lights.60

In three patients (2 females, 1 male, average age 34.3 years) with non-allergic rhinitis and symptoms such as frequent sneezing and runny nose, the tender points tended to overlap with both the Chinese

Fig. 5.34 Representation of the cardiovascular system according to Bourdiol (with permission). The arrows indicate the possible sites of sensitization in cases of central vestibular disorders.

occiput and internal ear, whereas the anterior part of the ear lobe seemed much less sensitive (on the right of Fig. 5.35). The treatment of these points with semi-permanent needles for a period of 2-3 months significantly reduced the vasomotor non-allergic symptoms which previously had responded hardly at all to medication with antihistamines. Ever wondered what Chinese medicine is all about and whether it works? Thinking about consulting a practitioner but want to know some facts first? Look no further! Here's your chance to purchase an in depth and fully comprehensive eBook on anything and everything to do with this ancient philosophy.

How To Cure Your Sinus Infection