For Pain Provoked By Palpation 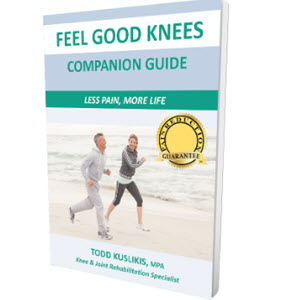 Any part of the body, if painful at palpation, can be challenged with NCT.

The locomotor apparatus is the favorite for this kind of test, and inflammation of the joints, bursitis and tenosynovitis are often successfully treated. For example, in Figure 8.4 the 45-year-old male patient had been suffering with tennis elbow for 3 months. In the previous 2 weeks the pain had increased and he was limited in his daily activities. He felt acute pain on palpation and pressure on his right lateral epicondyle. Also movements of pronation of the arm and dorsiflexion of the wrist were very painful.

The patient asked for treatment with steroids but I convinced him to try ear acupuncture first. Performing PPT, I found a sensitive point on the scapha corresponding to the representation of the elbow. NCT on this point lowered pain at palpation of the lateral epicondyle (Fig. 8.4A) and a temporary sterile single-use steel implant (ASP) was placed there. Two more ASPs immediately beneath improved pain at pronation of the arm and dorsiflexion of the wrist (Fig. 8.4B). This treatment with three grouped implants in all was efficacious enough to make steroid treatment unnecessary. The patient received similar therapy 15 days later with lasting results.

Fig. 8.4 NCT on a tender area identified in a 45-year-old male suffering with tennis elbow (A); three single-use steel implants (ASP-Sedatelec) for reducing pain at palpation and pain at movements of arm and wrist (B).

The following procedure was applied by Dr Fresi in all these patients: pain was rated at palpation by means of the VNS. The most tender point was identified and marked with ink on the knee

or the ankle as well as on the auricle of the same side, with PPT identifying the most sensitive point. A second pain score was obtained after 15 seconds of NCT followed by a further interval of 45 seconds. The average pain dropped from 7.4 to 3.8 in the whole group of patients with knee pain, and from 7.6 to 3.5 in those with ankle pain. Four patients with chronic and widespread musculoskeletal pain were excluded from this evaluation, as these symptoms were a possible sign of fibromyalgia. The advice of Dr Fresi is therefore to exclude fibromyalgic patients from this kind of experimentation.