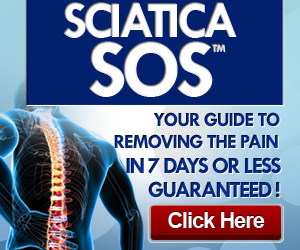 It is not easy, even approximately, to identify exactly when cautery was first applied to the external parts of the ear (auricle) for therapeutic purposes.

If we limit our research to ancient Europe, there are traces in folk medicine which indicate that the external ear also had some significance in the prevention of disease. One noteworthy folk tradition is the custom of wearing earrings to improve sight or to prevent eye disease. Sailors of the European coasts and mountaineers of the central Alps shared this tradition, even though contact between these two populations was exceedingly rare in previous centuries. The custom, passing from one generation to the next, was popular in the valleys of Switzerland, Austria and northern Italy, and a common saying there, even in recent times, was 'gold fits good sight', referring of course to the wearing of a gold earring.

Among the more reliable pieces of information on cauterization of the ear in ancient literature, the quotations from the work of Johannes Scultetus or Schultheiss (1595-1645) reported in Percy's book2 are remarkable. The physician was the pupil of the famous anatomist Adrian van der Spieghel of Brussels (1578-1625), also known as Spigel. The pupil observed the teacher cauterizing the antitragus of patients with toothache on the same side as the pain. This was a technique which he had applied also on himself: 'hac nova chirurgia dolor non amplius revertitur.. .ejusque virtutem in se primum expertus est auctor; post modum, me praesente, in non paucis aliis' ('with this new surgery the pain does not relapse so intensely.. .the value of which the author appreciated first on himself; afterwards, in my presence, also on not a small number of other patients').

Another excellent witness, not so many decades later, was the anatomist Antonio Valsalva (16661723), who performed the first rigorous and documented differentiation between outer, middle and inner ear. In his book,6 based, according to his biographers, on 16 years of tireless work dissecting more than 1000 human skulls, particular mention is made of cauterizations carried out by healers on the posterior part of the lobe with the aim of treating toothache. Valsalva wrote:

the surgeon must apply a red-hot iron of four lines length [about 1 cm - author's note] transversally on the back of the antitragus, because the nerve will certainly be included. For the rest a slight thickness is sufficient and there is no need to cauterize deeper than the cartilage.

Figure 1.3 shows the location of the site which was most frequently cauterized.

The experiences from the 17th century reported above hold particular significance for practitioners in the 21st century and the following remarks may be made:

1. a topographic correlation was unexpectedly found between the symptom to treat (toothache) and the specific area to cauterize (the antitragus,

Fig. 1.3 The site (arrow) of cauterization for toothache according to Valsalva.6 'H — Locus, ubi ramus cujus ustio a quibusdam practicis ad tollendam odontalgiam proponitur, certius uretur ('H — The site where the branch was more certainly burned by some healers for treating toothache').

2. cauterization had to be performed on the side corresponding to the pain

3. it had to include a neural branch to be effective

4. there was no need to apply the red-hot iron too deeply.

Transferring this knowledge to the present day, and adding our current knowledge of the neuro-physiology of ear acupuncture, it may be said that in order to succeed with stimulation: one must first be very familiar with the somatotopic representation of the human body on the auricle; in the case of a painful syndrome it is best to select the points on the same side as the pain; one should be aware that the most effective auricular points are often located close to the nerve endings; and to be effective it is not necessary to practice invasive stimulation, as for example with needles, but an even more superficial stimulation such as massage, electric stimulation, magnet pearls, Vaccaria seeds, etc. may be applied.

Without any doubt, the most crucial year for the development of contemporary ear acupuncture was 1850. In that year the French Journal des Connaissances Medico-Chirurgicales, in its issue of 1 May, published an article on the cauterization of the ear as a radical treatment for sciatica. The report by Dr Lucciana of Bastia, Corsica, described a female patient who had been suffering with disabling sciatica for between 8 and 10 months. She was treated with opium and moxa by the physician himself and admitted to hospital for 25 days, during which she underwent several treatments, including, for example, cupping and blisters, without result. When she was discharged the pain was still quite severe and she chose to be treated by a blacksmith who applied a red-hot iron to her outer ear to 'cut her sciatic nerve' which was the explanation given at that time. She recovered and after 20 days she was pain-free without relapse. The physician was so impressed by this and other similar cases that he urged observation of the Corsican blacksmiths at work. They simply used a red-hot iron with a firm hand if they were experienced, or alternatively applied a thin metal plate, no thicker than 1 mm, to the ear. The plate had a small opening to permit entry of the tip of the cautery, designed with a stop, to a maximum depth of 0.5 cm (Fig. 1.4). The operation was simple and it was sufficient to cover the burn with fresh butter or olive oil shaken in water. The effect of cauterization generally took place after 8-10 days, though in some cases it was instantaneous.

Dr Lucciana's drawings, clearly illustrating the site for treatment on the root of the helix, triggered a series of reports throughout the following months in the whole geographical area. It is essential to cite two physicians living about 600 km apart who read the same article. The parallels between their two stories are surprising: Joseph Francois Malgaigne (1806-1865) and Giambattista Borelli (1813-1891) were both head surgeons at their hospitals, in Paris

Fig. 1.4 Cauterization instruments used by Corsican blacksmiths in the treatment of sciatica: (A) (top) the thin plate with the small opening into which the tip of the cautery was introduced (bottom); (B) the thin plate applied on the root of the helix; (C) the site of cauterization.

and Turin, respectively; both were editors of a medical journal, the former of the Journal de Chirurgie, later known as the Revue Médico-Chirurgicale, the latter of the Gazzetta Medica Italiana - Stati Sardi. Both wrote reports of their own experiences soon after Lucciana's publication. Malgaigne made a first evaluation on 18 patients cauterized at Saint Louis hospital in Paris: one-third benefited by complete pain relief from the first day; one-third experienced complete or marked relief, but relapsed into pain after 2-24 hours; the last group of patients had no relief at all. He declared: 'It must be acknowledged that this is not a method of constant efficacy, however it is one of the most powerful methods, and when it works, the most rapid in its action'. The uncertain results of the operation probably led Mal-gaigne to seek out other areas in which to improve the percentage of success. The same thing occurred with Borelli who used to treat one or more areas with superficial cauterizations of 1-2 cm in length and 0.5 cm in width (Fig. 1.5). His conclusions were

Further research is now necessary to find an answer to some important questions regarding not only the disease but also the physiology concerned:

Fig. 1.5 The three areas used for cauterization by Giambattista Borelli.

- which is the exact point of the auricle to cauterize to obtain the best and most constant effect against sciatic pain?

- does cauterization of the ear with caustic give the same result as actual cautery?

- does cauterization performed under anesthesia have the same value as that performed with full consciousness of pain?

- does intensity of pain felt during cauterization have some relation to its therapeutic effect?

- which types of sciatica are more rapidly and constantly healed by cauterization?

-finally, is the therapeutic effect of cauterization exclusive to sciatic pain or could it be extended to other kinds of very acute pain, especially to toothache, to facial, cervical-brachial, femoral neuralgias and iliac-scrotal pain?

In England, cauterization of the auricle did not have the same popularity as it had in France. News from the continent was, however, reported in British journals. The Lancet of 19 October 1850 published a short comment about the treatment of sciatica (p. 451):

So respectable an authority as Mr. Malgaigne, of Paris, has lately been publishing cases of sciatica, which were cured by cauterization of the lobe of the ear. From various accounts which have appeared in the medical periodicals of France, it would appear that this somewhat far-fetched counter-irritation or derivation is of old origin, and has been lately revived. It is confidently stated in the Revue Meédico-Chirurgicale that a great proportion of cures has been obtained.

A few years later the same journal (Lancet, 14 June 1856, pp. 656-657) published an article by Dr Septimus Gibbon with the title 'Cases of sciatica, treated principally by cupping and tonics'. The physician wrote:

We cannot refrain from adverting, while upon this subject, to the revival, a few years ago, by Mr. Malgaigne, of a remedy in popular use in Corsica - namely, the application of the actual cautery to the tip of the ear. Upon what principle the cure is effected here we are at a loss to determine, but several reported successful cases were given in the French journals at the time. We rather suspect the remedy had the effect of frightening away the pain.

Fig. 1.5 The three areas used for cauterization by Giambattista Borelli.

Fig. 1.6 An example of cauterization (site indicated by arrow) for sciatica made by an anonymous medical doctor (Tuscany, about 1950).

appreciable results. The majority, cauterizing instead the same area for several different pain disorders that were not sciatica, failed to achieve any positive results. The technique therefore declined rapidly as any knowledge or understanding of the underlying neurophysiological mechanisms was completely lacking. In 1855, Duchenne de Boulogne, who had always been firmly opposed to this technique, tackled the issue again, declaring that the therapeutic effect was only due to the acute and sudden pain of the cauterization itself. The auricle therefore played no role at all, and any cauterization performed in any part of the body could have been effective.

The method then sank into oblivion but, as with other treatments which have some intrinsic base of efficacy, it has survived among the population up to the present day, handed on by healers, monks and medical doctors (Fig. 1.6). Healing Inside Out and Outside In

Inside Out And Outside In Finding Zen Through Spiritual Healing. Practicing spiritual  wellness is the key to living a life of fulfillment, success, peace, love, prosperity, and joy. 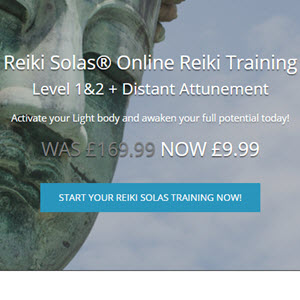